How to Make Soya Beans Powder For My Baby

How to Make Soya Beans Powder For My Baby

Soya milk powder is the most Nutritious and body-nutrition food for babies especially when they are very young. It has so many health benefits that can’t be numbered. This post will highlight to you how you can make soybeans powder for your baby in the comfort of your home.

How to Make Soya Beans Powder For My Baby? To make Soya beans powder simply: Soak the Soya beans for some moment, Dry them after some time, Pour them into a frying pan and fry them for some minutes then finally, Mill the soybeans into the powdered form and then store them in a cool dry place. This is the whole simple process of making Soya beans powder either for the baby or for any occasion.

Not to worry we are going to walk you through this process in this article step by step. So you do not have to worry about missing any of the steps. Feel free to drop your questions via the comment box if you feel that any of the steps look somewhat confusing.

Important Things you Need to Know About Soya Beans

Soya beans are one of the most consumed food by babies in Nigeria. This is not because it is sweet or just tasty, but majorly because of its nutritional values.

Soybeans otherwise known as soya beans or soybeans is a species of legume that is most common in the eastern part of Asia. It is widely grown there for its edible bean and has numerous other uses apart from baby consumption.

Historically, soya beans have been in existence for quite some years long before now as far back as 5000 to 3000 BC in Japan and China, although the first domesticated crop was at the Mumun-period Daundong site in Korea.

Soybeans were first introduced to the Americans and Europeans by the people from China during the 18th century. Later on, it was introduced to Africa in the late 19th century.

As time goes on, the Soya bean cultivation finally reached Nigeria in the year 1828 and was first introduced to Samaru (Southern Kaduna state in the Middle Belt region of Nigeria), where it then spread to another part of the country.

Amazingly, with the very high production of soya beans in the world, only 6% of soya beans produced are used by consumed by humans, 13% goes to humans as soy oil while about 77% of the remaining percentage are eaten up by animals.

The Chinese are the highest producers of soya beans, perhaps this is why they are also the highest consumer of this crop with about 18.5 million metric tons consumption of soybean oil.

Enough of the histories and statistics, I know we are all curious to start learning how to make soybeans by now. Yes, that is what I am about to talk about, but before then, we need to know some important health benefits of consuming this meal by babies or even any other person.

Here are the health benefits of feeding your babies with soybeans:

Soya beans have about 9 essential amino acids that the body needs for the development of healthy muscle and bones. The body naturally might not be able to make those compounds on their own hence, most non-vegetarians get them from consuming food like beef, chicken, and eggs but consuming food like soya beans is a good substitute.

Just 10% to 15% of the fat in Soya beans is saturated. Unlike most other sources of protein like ground beef, pork with a very high percentage of saturated fats. This type of fat gets solidified at room temperature and as a result, raises the risk of heart disease.

Unlike most vegetables and grains. Soya beans are 100% cholesterol-free. Research has made it clear that adding soy protein to your diet can help to lower your LDL or bad cholesterol by almost 5 to 6%.

1 cup of soya beans has about 10 grams of fiber content. This is relatively very high compared to the 0% presence in animal protein like steak, chicken, fish. The presence of this very high fiber in soya beans helps to lower the cholesterol level that you get from other foods. Importantly, fiber helps your blood pooping regularly,

Consuming Soay beans is a very good way to lower your blood pressure by 2 to 5 points which significantly reduces your percentage susceptibility to stroke by about 14%.

Feeding on soya beans helps to develop stronger bones in children and most especially in women who might have lost a lot lots of strength when they reach the age of menopause.

How to Make Soya Beans Powder For My Baby at Home

There are 4 basic steps to making soya beans powder as we have highlighted in the opening paragraph of this article.

Here are the steps in detail:

Soak your desired measure of raw soybeans in clean water for about 4 days.

Note: Ensure to replace the water every 2 days or 48 hours. This is otherwise known as fermentation.

This process will help to produce probiotics in the legume i.e it adds more nutritional value to the soybeans. Plus, the soaking helps to make the soya beans easier to digest when eaten eventually.

After soaking the soya beans for 4 days, they should have fermented and soaked enough, next, you have to sieve it and spread it on a flat surface where all the water will moisturize away.

You can as well use a dryer or better still use the normal natural method, which is to sun-dry it

Frying or Roasting The Soy Beans:

Fry or roast the soya beans without oil under very low or medium heat.

Note: You do not need to use any oil to do fry or roast it. The soya beans will naturally produce oil by themselves after a period which will allow it not to get burnt while frying.

Finally, the last step to making your soya beans powder ready is to mill it. After the soya bean is cooled from fire. You then take it to a milling machine or a blender to mill it into a powdered form.

Note: You can as well proceed to sieve it after milling to remove any unmilled part that might have found its way into it by mistake or error.

Lastly, you can store it in a cool dry airtight container.

How To Make SoyBean Flour

Here is a detailed guide on the step by step procedures to make Soya Beans powder.

Frying or Roasting The Soy Beans: 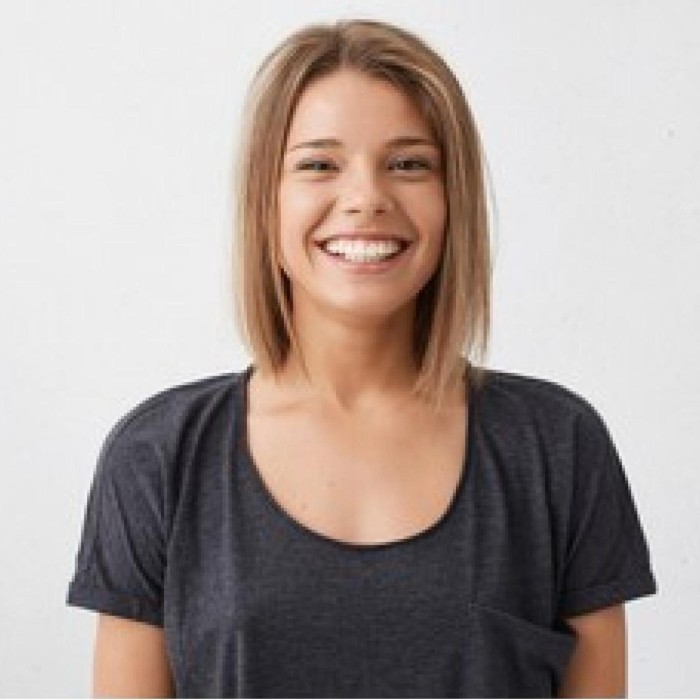 My Name is Temitope Kolawole. I am a Nanny and A Nutritionist. I created Foodrisp with the goal of helping Mothers and expecting parents get ideas on the right combination of meals they need to give to their kids before and after birth. Feel free to link up with me.